See what we do to maximize your safety

We are happy to present the first details of our extensive COVID-readiness plan for the event to ensure maximum safety level for athletes, volunteers and staff.

Safety of our athletes, staff and volunteers remain our main priority. That is why we are now developing an advanced adaptation plan for Enea IRONMAN 70.3 Gdynia based on the global IRONMAN Athlete Smart: Return to Racing guidelines.

Michał Drelich, race director
We are doing everything we can to make sure that the competition is held with a full sanitary regime. We take care of the safety of athletes, staff, volunteers and fans. We are convinced that triathlon events can take place again, just as football games, music concerts and other cultural events. Let us remember that the participants of our competition are extremely athletic and healthy people. Triathlon is an individual sport. The IRONMAN Competition Rules and such ideas as rolling start, for example, also create a high degree of distance between the athletes.

The first changes that we will see in Gdynia are already known:

- Changing the location and expanding the transition zone

The transition zone will be enlarged and moved from Gdynia Aquarium area to its old location along the Kościuszki Square. This will make it possible to reduce the density and separate the athletes from each other much more. To be precise – we will reduce the number of bikes at one rack from 10 to 6. In turn, the race office will be moved from the Kościuszki Square to the car park at Zawiszy Czarnego Street while the expo location will change to the Sea Boulevard.

- Modifications of the bike and run courses

Both courses will be modified to eliminate the two-way parts and U-turns and ensure maximum available width of the course. The run course will have two loops instead of three, which will reduce the frequency of overtaking.

- Screening tests and contactless operation in the race office

Before entering the race office, the athletes will take screening tests. To avoid crowds, only registered competitors (without accompanying persons) will have access to the race office. They will also declare their time window for check-in. The start kit itself will be collected almost touchlessly - the competitor will not even have to take a pen in their hand.

- Organization of the start

The rolling start formula will be maintained, in which several competitors start together in about 10-second intervals. Additionally, the competitors will be assigned to separate zones, and the access to the start will be divided into several separate corridors, 1.5 meters apart.

- Giving up the bags in the transition zone

By increasing the transition zone, the athletes will be able to keep a distance of 1.5m from each other. Additionally, the wet/dry bag system used for years at IRONMAN events will be replaced by a traditional system in which athletes keep their stuff directly at the bike racks. This will decrease interaction of athletes with each other and with volunteers.

The formula of the non-drafting race will be maintained, which forces 12 meters of distance between the riders on the bike course. Additionally, thanks to the increased width of the race course, it will be possible to maintain a distance of 2 metres between the runners. The referees on the course will supervise the observance of these rules.

Beverages and nutrients will be available in closed packaging only.

- Cancellation of Welcome Banquet and After Party

Welcome Banquet and After Party will not happen this year. However, the athletes will receive something in return. Each starter package will include two coins, which can be exchanged for a meal from a special menu in selected restaurants in Gdynia. – We want to avoid the accumulation of a large number of competitors in one place, but we also support the local business in Gdynia, which also suffered from COVID-19. The competitor will not pay anything for the meal. Based on the coins collected by each restaurant, we will settle accounts directly with the restaurants - says Michał Drelich.

Our staff and volunteers will be equipped with masks, gloves and disinfectants in all competition areas. Athletes will be required to wear masks in the race office and in the transition zone while checking in and out their bikes. Masks will also be recommended on race morning before the start. Of course, during the competition itself there will be no obligation to wear a mask.

Michał Drelich, race director
I think that already at this stage you can see how much will be done to make the event as safe as possible. I'm sure we'll create much safer conditions than we have to deal with in many places every day.

As he emphasizes, an epidemiologist was also invited to the organizational team, whose task is to recommend and give opinions on solutions to increase the safety of all participants of the event. Many of the ideas are included in the global IRONMAN Athlete Smart: Return To Racing program. Its ideas  can be seen on this video.

We will also send a document to the local Sanitary and Epidemiological Station describing precisely the full range of procedures and changes that increase the safety of competitors, staff, volunteers and fans participating in Enea IRONMAN 70.3 Gdynia.

An educational campaign will also be run as well as training of the staff, volunteers and the athletes themselves in such aspects as: taking care of health, personal hygiene and safe and responsible behaviour.

An important element of this year Enea IRONMAN 70.3 Gdynia will be increasing self-sufficiency of the athletes. We want to empower the position of athletes in order to reduce the interaction with volunteers, staff and other athletes. IRONMAN Athlete Smart program assumes the athletes are responsible for cooperation during the race, providing everyone safe participation in the event.

You will find more information about IRONMAN Athlete Smart: Return to Racing program on our website soon. W will add a lot of practical information prepared for participants of Enea IRONMAN 70.3 Gdynia. This will hopefully help you find yourself in a new racing reality.

ROBERT MOTYKA: I HAD NO IDEA WHAT AN IRONMAN WAS 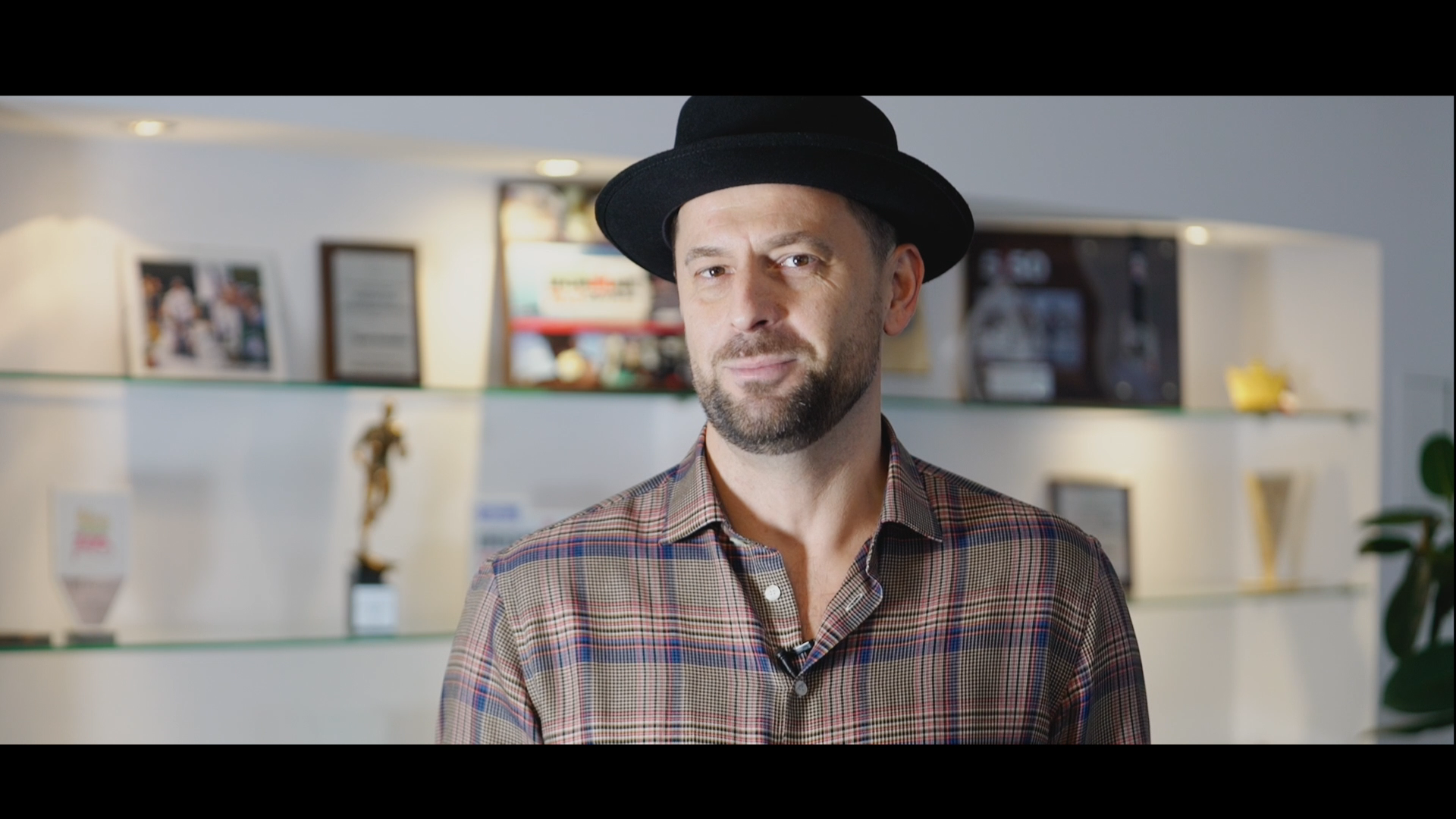 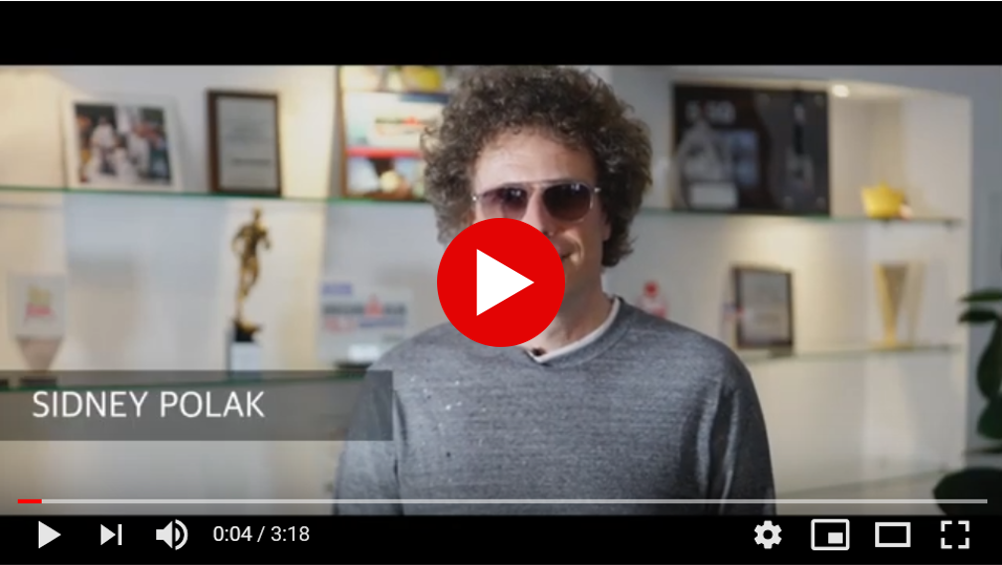 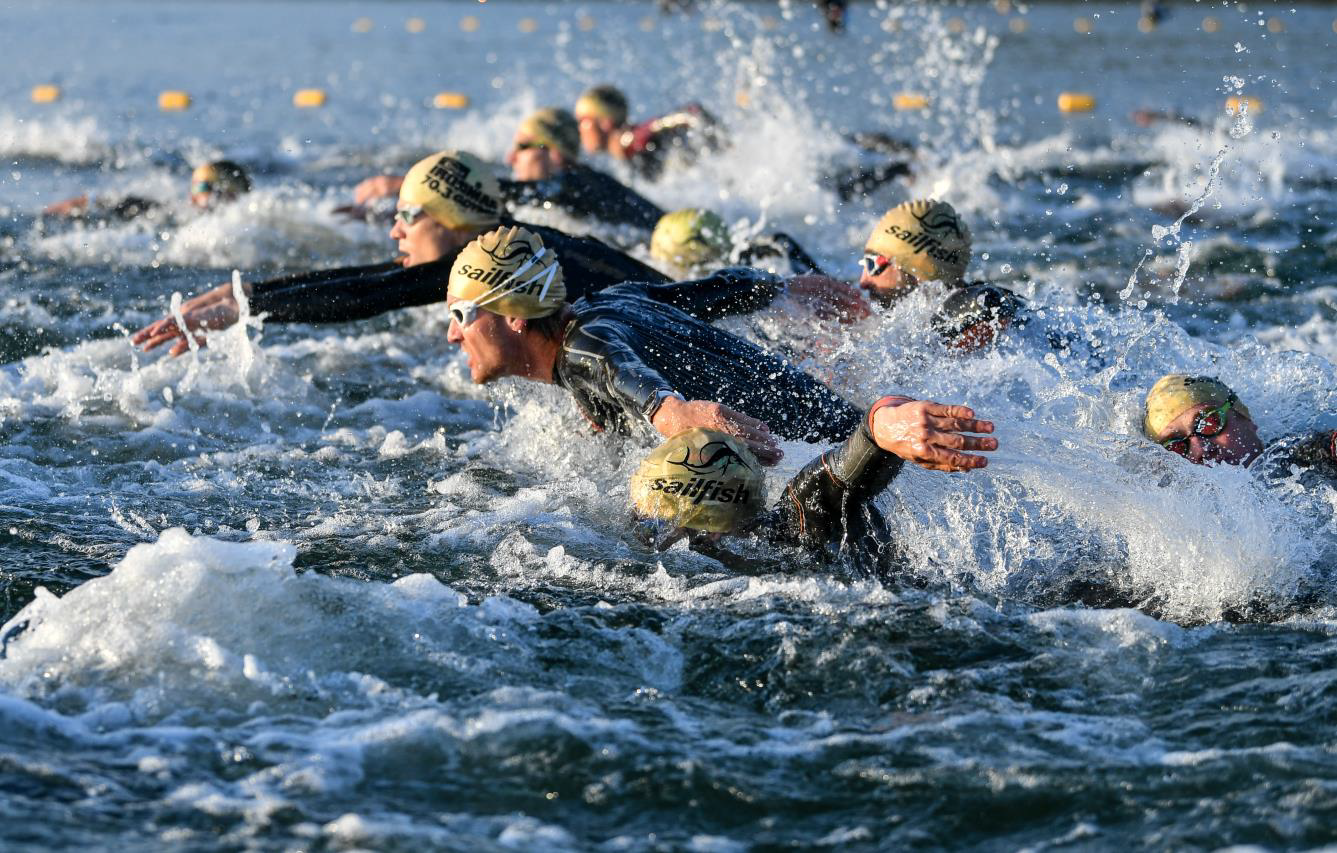 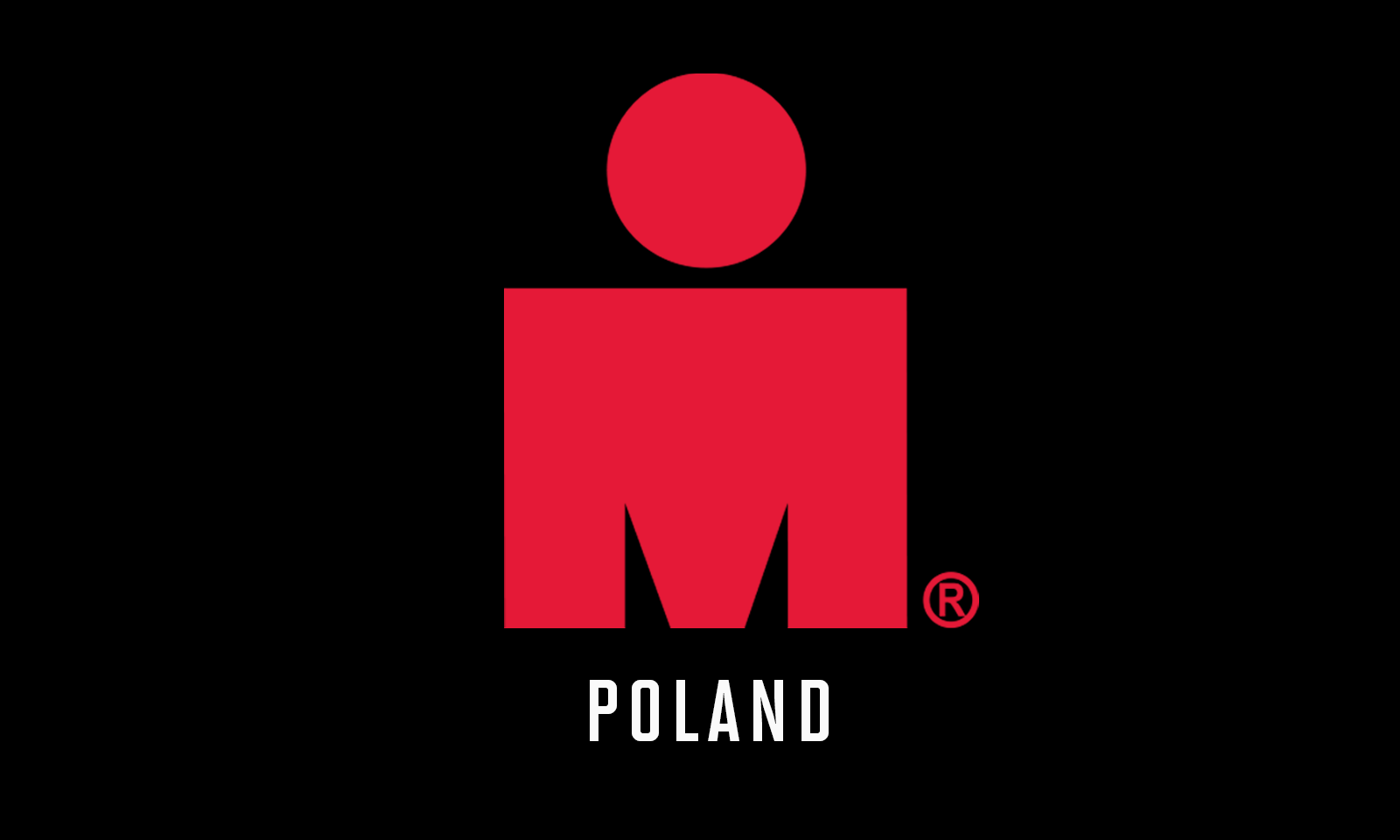 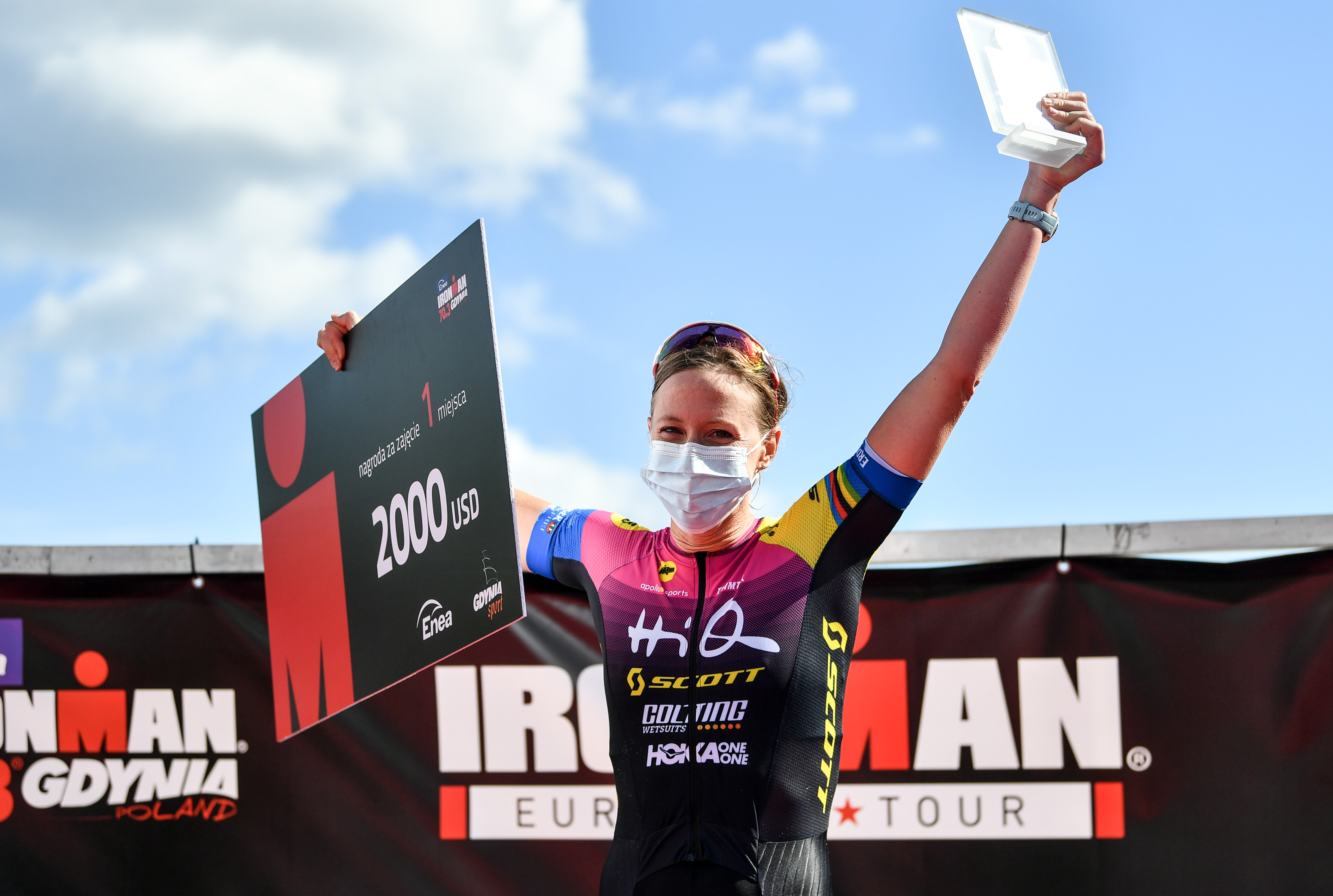 Czytaj dalej
Read more
THERE IS A GREEN LIGHT FOR IRONMAN IN GDYNIA! 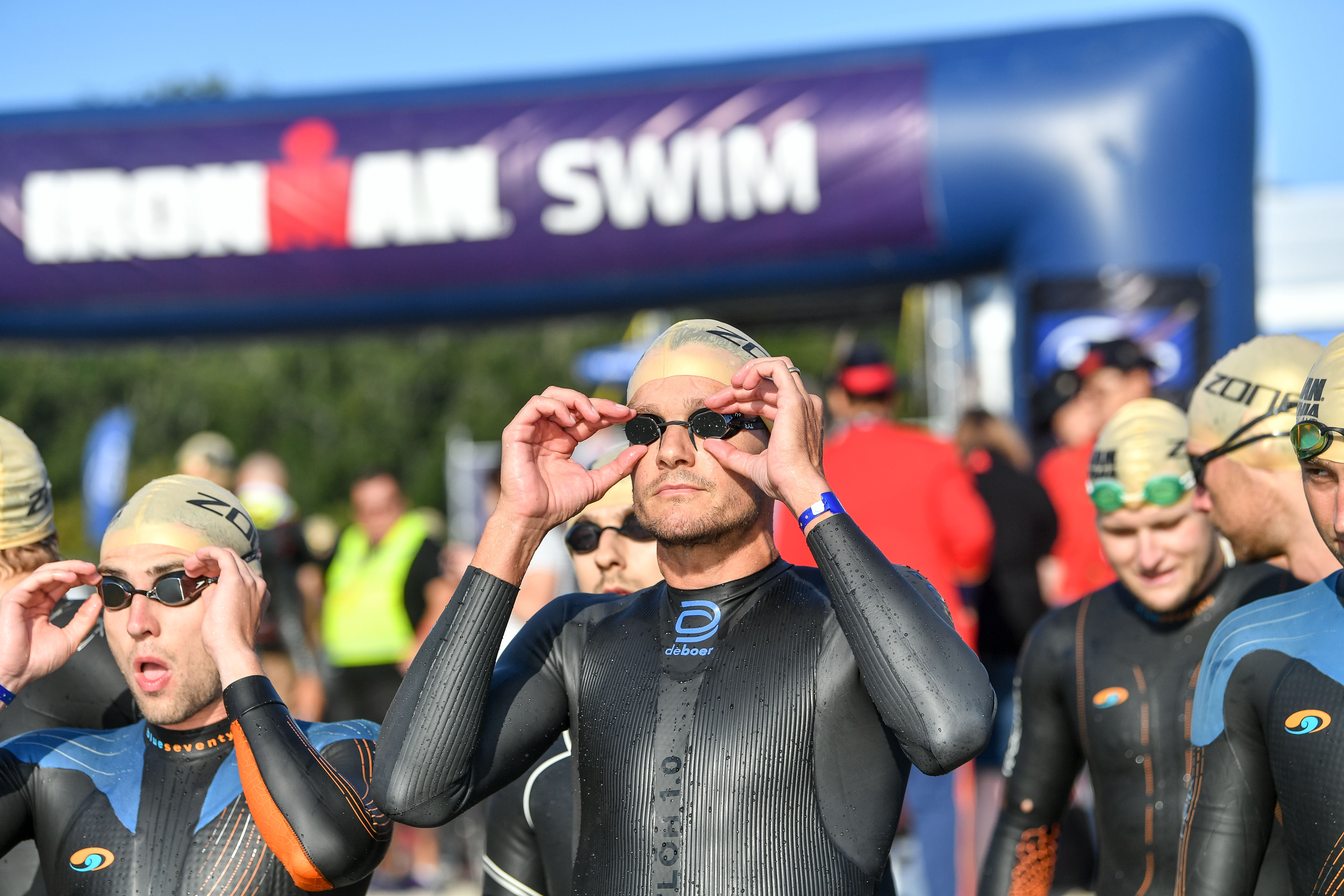 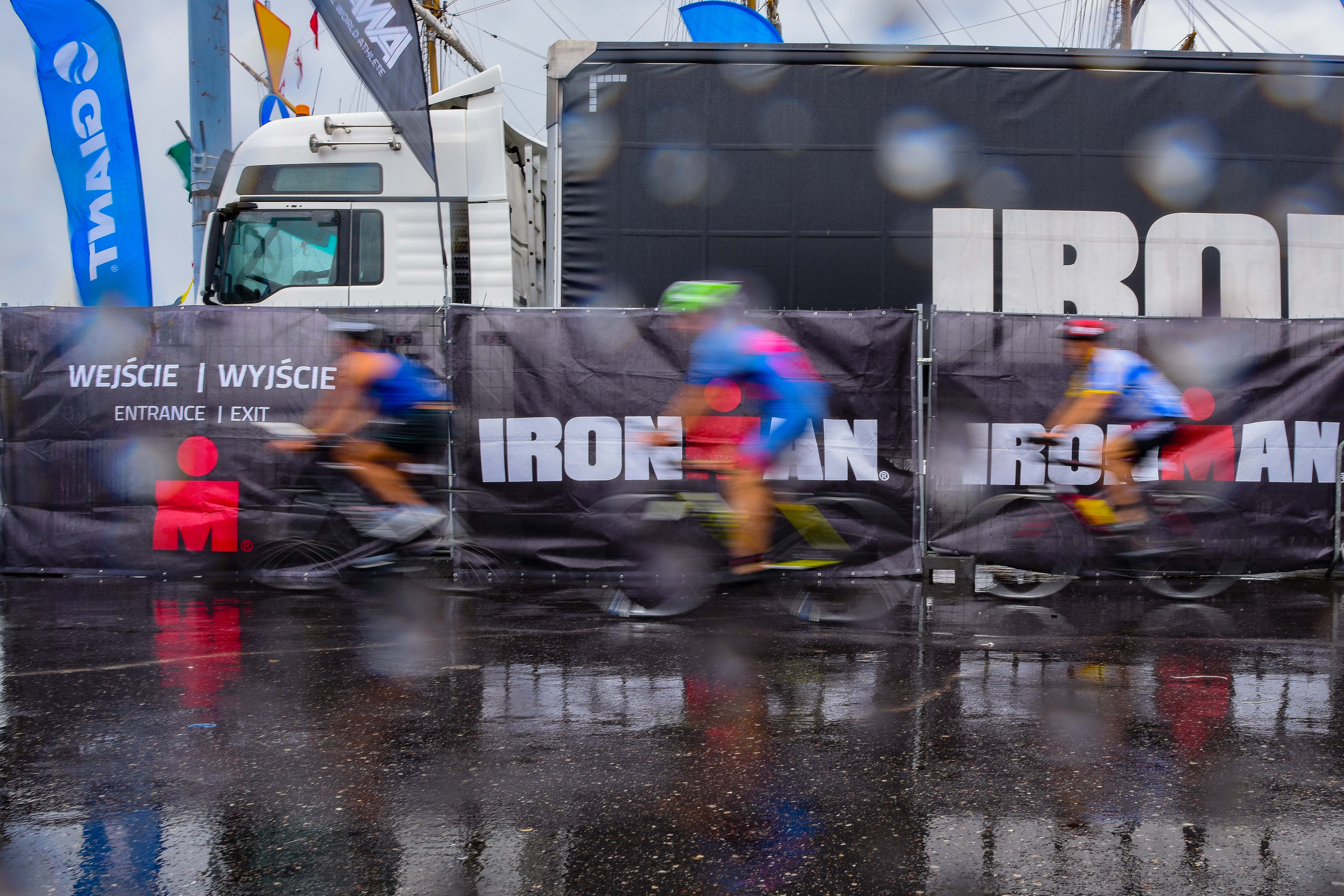 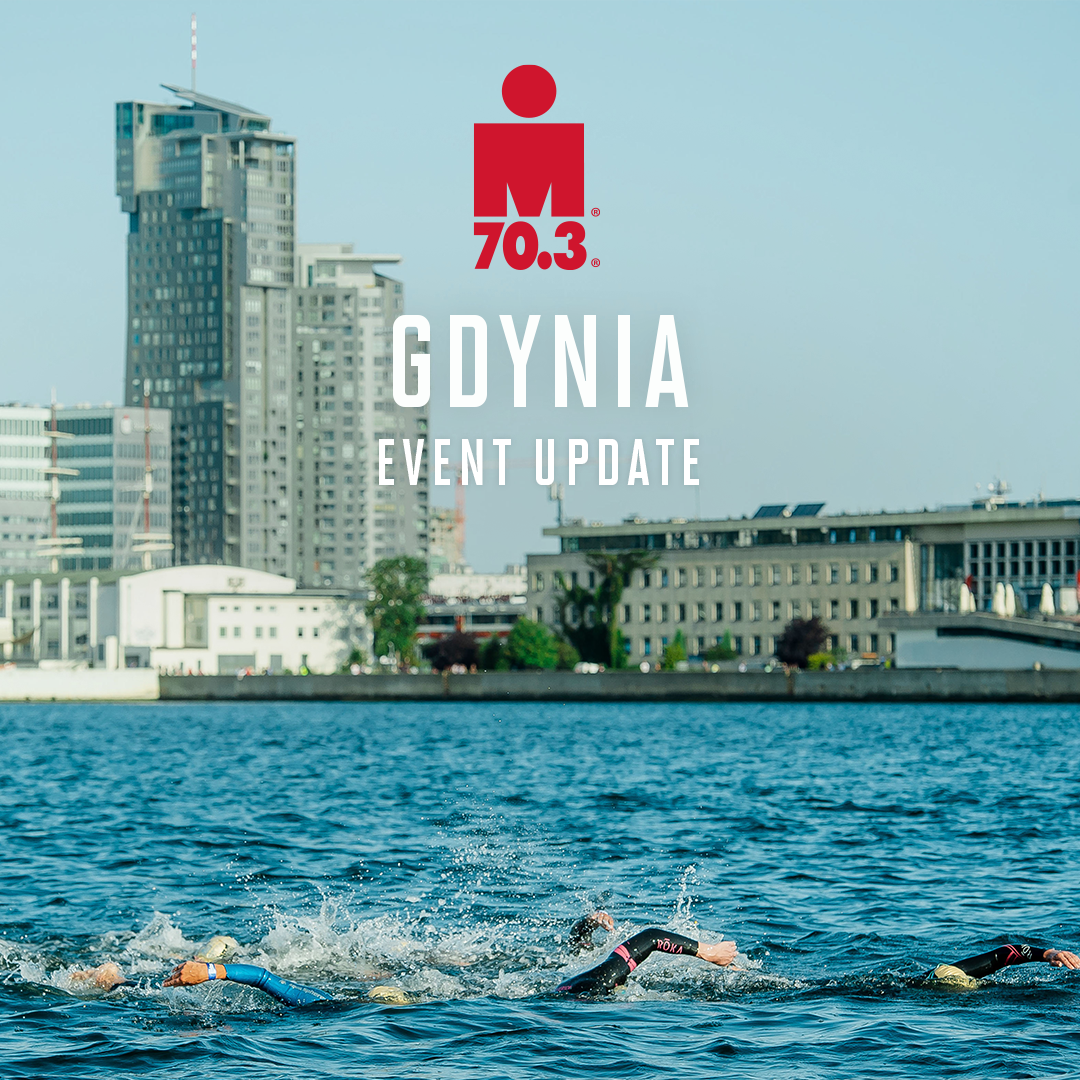 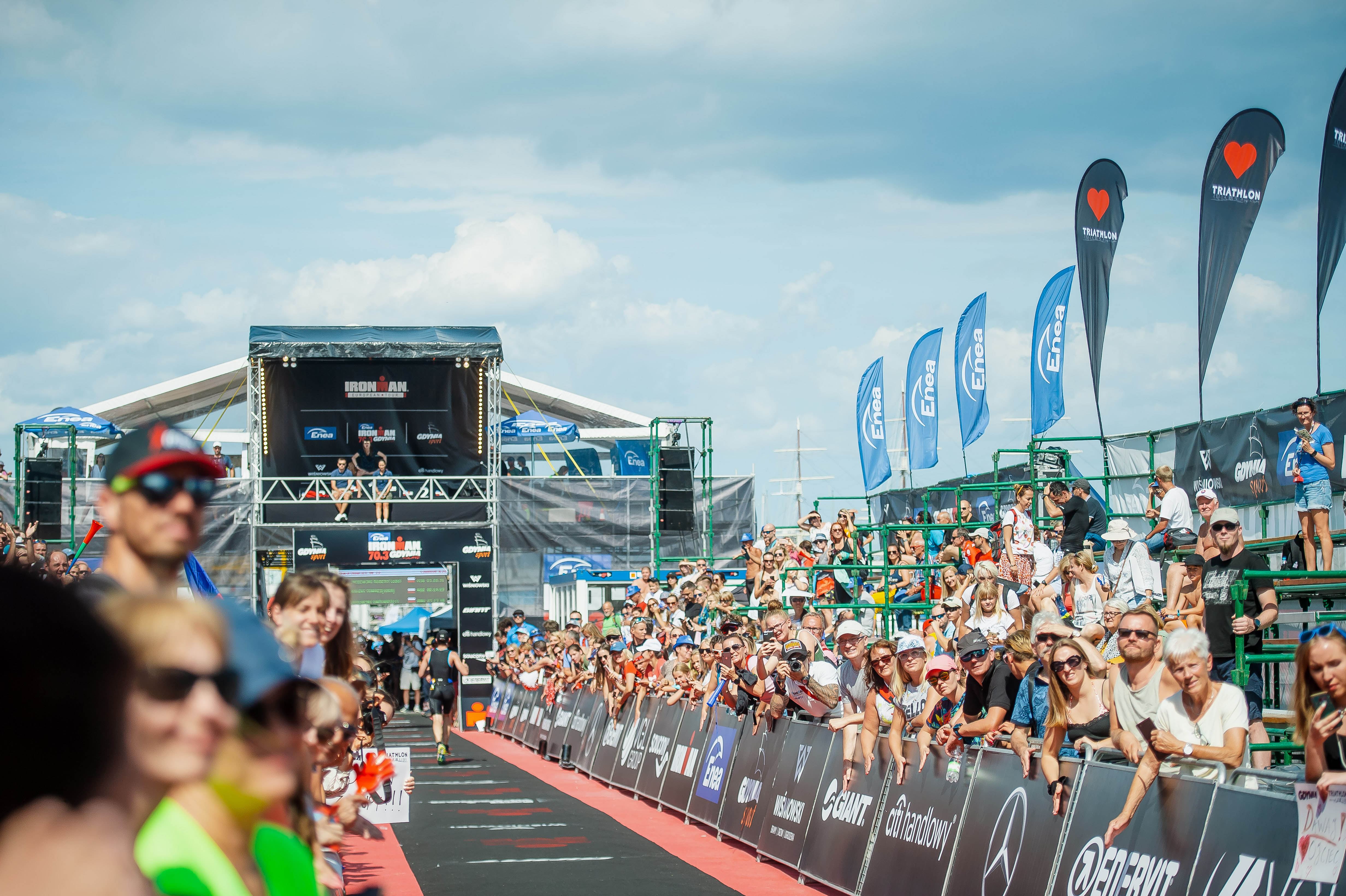 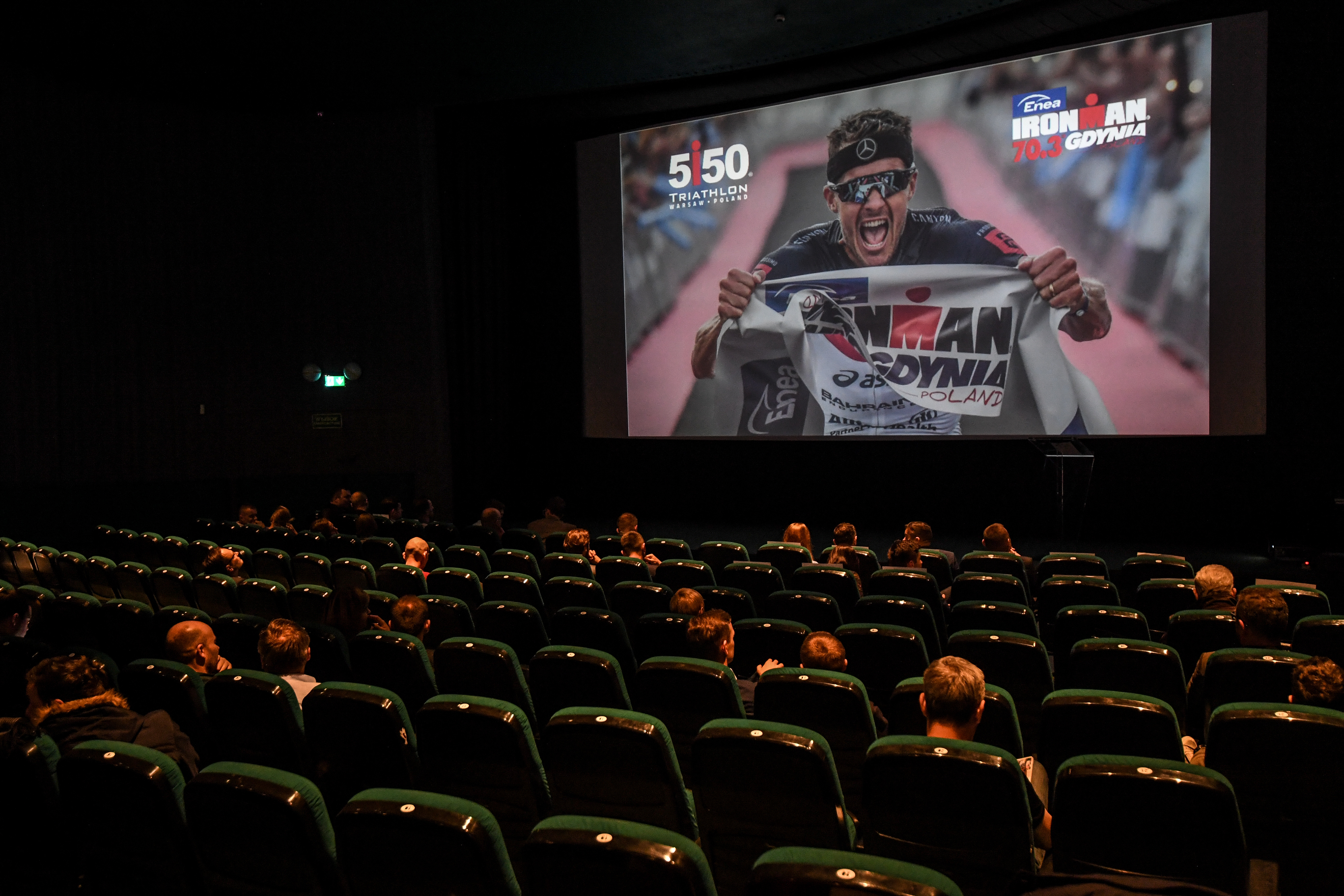 FINISHER FOTO
Order a pack of your photos from the event thanks to the Maratomania service.

ACCOMMODATION
Purchase accommodation during your stay in our partner hotels.